Amid crush of Dorian refugees, Bahamas capital 'not built to handle this,' official says


NASSAU, Bahamas — When Hurricane Dorian tore through the Bahamas last week it largely spared the country's capital. But now Nassau is feeling the backlash of the killer storm, as it scrambles to house thousands of evacuees who have been left destitute and homeless.

The government says more than 4,800 people have been evacuated from hard-hit regions of the Bahamas and more are arriving in Nassau daily.

The Kendal G.L. Isaacs Gymnasium in Nassau is the country's largest shelter, home to about 1,500 evacuees, and it, like New Providence, the island of which the capital is a part, is reaching maximum capacity, said Carlos Reid, the spokesman for the shelter.

Nassau "is not built to handle this influx at this particular time," Reid said, as about a hundred people were standing in line under a blazing sun, waiting to be checked into the complex. "We don't have enough schools to do it; our hospitals and healthcare system can't handle it. Our goal has to be how we can help these people and then get these people back to their islands so they can rebuild it."

Asked how long the government was prepared to house the Dorian evacuees, Reid said it was impossible to know.

"We have never seen anything of this magnitude," he said. "We're going to have to take it one day at a time."

Dorian roared through the archipelago last week as a deadly Category 5 hurricane, packing winds of 185 miles per hour. Then it sat for more than 40 hours over parts of the northern Bahamas, chewing up swaths of the tourist paradise and delivering what Prime Minister Huber Minnis is calling "generational damage" to Abaco and Grand Bahama islands. The death toll now stands at 45, but is expected to rise, with search-and-rescue operations still under way.

Nassau, home to about 270,000 people, was already seen as crowded and overwhelmed by the island's standards. And there are fears that an influx of evacuees — some of them undocumented Haitians — might raise the pressure.

Reid said that 95% of those checking into the sports complex were Haitian nationals.

While the press was kept out of the shelter, evacuees said they were given cots, sheets, food and water and were being treated well.

Some had initially resisted the evacuation fearing they might be deported back to Haiti — despite government assurances to the contrary.

Jean Baptiste Wilson, 29, moved to Abaco from Haiti seven months ago and lost what little he had to the storm. He was holed up at a church when Dorian roared in and he had to tread water for half an hour to stay alive.

Although he was initially worried about taking the free ferry ride to Nassau because he's an undocumented migrant, he said the level of destruction he saw put it all into perspective.

"I would rather be deported without a penny than stay in Abaco," he said.

The evacuation of the Bahamas' hard-hit areas seemed to be hitting a turning point Monday, as some planes and boats were returning to Nassau only partially filled.

Jean Louis McDonald, a Bahamian native who lives in West Palm Beach, was part of a team that chartered two planes to rescue 18 friends and family members stranded in Abaco. But when they arrived on the island Monday they couldn't find anyone with enough gasoline to search for the victims, and telephones weren't working. So they filled their planes with strangers from Marsh Harbour.

"We found two guys staying at an abandoned home sleeping on the floor," McDonald said. "Everyone has such limited options."

Once in Nassau, evacuees are given food, water and toiletries. Those who don't have family are shuttled to shelters. The level of support and coordination in the capital is in stark contrast to Abaco, where the government's presence seemed anemic at best.

Reid, the shelter administrator, said the international community needs to recognize that the Bahamas was operating in uncharted territory.

"If everything you put out there is negative, then the people will not rise up," he said. "We want the sun to rise again in the Bahamas."

The United States has provided about $2.8 million in assistance,and the U.S. Coast Guard has played a key role in evacuating the elderly and wounded. U.S. Customs and Border Protection, which has come under fire after some storm evacuees were not allowed to board a ferry from Freeport to Fort Lauderdale on Sunday, said it has already received two cruise ships and processed "thousands of folks."

Mark Green, the administrator of the U.S. Agency for International Development, who flew over Abaco on Sunday, said the storm had been "particularly cruel to the poor" — leveling shantytowns as if they were hit by a "nuclear bomb."

"Those are gone," he said of those communities. "They are nowhere to be found."

On Monday, the Federal Aviation Administration, which controls the airspace over the Bahamas above 7,000 feet, continued to restrict flights over Abaco and Grand Bahama. 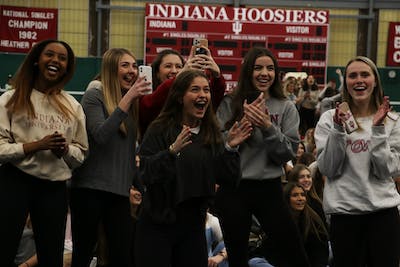 Bloomington father and son shot in misfire while play-wrestling 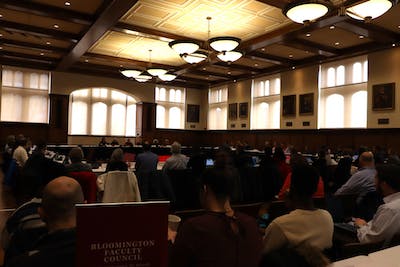