The organization uses these events, conventions and workshops to foster a community for minority premedical students to learn and grow, MAPS director of communications Amna Yaqub said.

Over 100 students actively participate in the club at IU, Yaqub said, and there are chapters across the nation.

“Our goal is to raise awareness about issues that minorities face in health care and also to provide minority students and underrepresented students with resources for them to do well,” Yaqub said.

Minorities can face discrimination or racism which can make them hesitant to use health care, president Tola Ibikunle said. MAPS tries to call attention to this to encourage awareness.

In the past, it has specifically discussed challenges faced by minority, LGBT and deaf patients.

This is MAPS’ 10th year anniversary on IU’s campus. The parent organization of MAPS is the Student National Medical Association.

There is also a high school program, a college premedical branch and the medical student organization.

MAPS is also involved in academic outreach where MAPS members go to local high schools to talk about what it means to be prehealth at IU, Ibikunle said.

IU students participate in this outreach to younger students.

Members may be mentored themselves as well and can receive some help from alumni, especially at networking nights or with shadowing opportunities, Ibikunle said.

“You get past these hurdles, and then you reach back,” Ibikunle said. “If MAPS didn’t exist then who’s reaching back?”

Ibikunle spoke of the importance of having an organization focused on minority students.

“There’s all these things that you might see as a barrier that we don’t want you to see as a barrier,” Ibikunle said. “We want to see it as like an obstacle that you can overcome because there’s people here that are willing to support you.”

The organization focuses on bringing awareness and competency to students from different backgrounds.

Ibikunle spoke of the microagressions minority students often face. She spoke of disparaging comments professors have made to her, noting that people often make assumptions based on an individual’s background without even realizing that they are contributing to microaggressions.

“A lot of times it’s why people don’t stay in the pipeline,” Ibikunle said. “If you hear it enough, you kind of start thinking it yourself.”

The association is a way to combat this issue, Ibikunle said.

“MAPS is a place for when you do have those issues, there can be people around you that also experience those same issues, and you can hear how they overcame it, and it’s how you can change the system, Ibikunle said.”

MAPS will hold one of its annual events, the Pre-Health Fair Breakfast, on Wednesday before the Health Programs Fair. The fair is put on by the Health Professions and Prelaw Center each year so students can meet representatives from medical schools and health programs across the country. 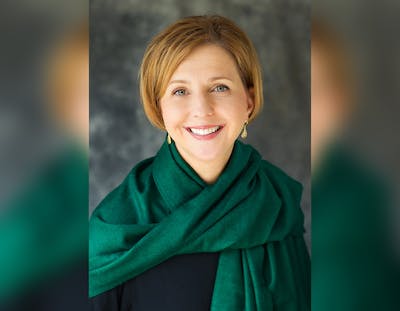