For graduate student David Silverstein, most Christmases are spent eating Chinese take-out with his family. However, for one Christmas in middle school, Silverstein found himself decorating a Christmas tree and exchanging gifts at his grandmother’s house.

While he was raised Jewish, Silverstein’s mother had grown up as a Lutheran. Celebrating Christmas at his grandmother’s house was Silverstein’s first introduction to his Christian roots.

“I definitely identify as Jewish, but it was so cool to be pulled into this new side of my family’s religious history that I never really understood or knew existed before,” Silverstein said.

Forty-four percent of Americans says shared religious beliefs are “very important” in a marriage, according to the same study.

The Interfaith Families Project, headquartered in Washington, D.C., seeks to promote this growth and to support interfaith families.

Matthew McGrath, IFFP member and Indiana native, said most people only ask about the challenges of an interfaith family, but he wants to change that narrative. He said raising his children in a household that celebrates his Catholicism and his wife’s Judaism has strengthened his family.

“Celebrating both sides has taught us about inclusion and uniting as a family,” he said. “It’s helped us bridge gaps and understand one  another.”

While Silverstein does not identify as Lutheran, he said having his mother as a source of information about Christianity has helped him understand other religions and other people.

“I think any opportunity you have to understand a different group of people, even if they’re not a group you identify as, expands your perspective of the world,” he said.

As a result, he said he would be open to raising an interfaith family of his own in the future.

“I don’t think I’d ever let religion stand in the way of a potential relationship,” he said. “I’m happy to celebrate the differences instead of feeling put off by them.”

Susan Katz Miller, author of “Being Both: Embracing Two Religions in One Interfaith Family,” also grew up with Christian and Jewish parents. However, her parents decided to raise her Jewish because interfaith households were so  uncommon when she was growing up.

Today, she raises children in an interfaith home.

Instead of being either Christian or Jewish, she said her children identify as  interfaith.

She said this variety of religious backgrounds enriches her family.

Raising an interfaith family requires work because parents must be purposeful in their approach to religion, she said. This approach is really a benefit in disguise because it allows family members to deepen their faith.

“In many singular-faith households, religion can become automatic, just motions,” Miller said. “But when we’re forced to talk about it and roles of different traditions, we understand them more. We dig deeper into our faiths.”

Rachid Maidi, Muslim and Bloomington resident, married his ex-wife, a Lutheran, in a mosque and a church. As their children grew up, they kept both a Quran and Bible in their home.

He allowed his children to attend services at both the Lutheran church and mosque, and while they offered their children guidance through family religious discussions, they were free to discover religion on their own, he said.

“Religion is a personal thing,” Maidi said. “It is between you and God. You cannot force it because if you force it, it doesn’t come from the heart. It’s not real.”

While he and his wife are legally divorced, Maidi said he still honors the vow he made in the mosque and church. He also said any marital troubles he had were because of the cultural differences between his native Algeria and the United States.

Religious differences had nothing to do with it, he said. In fact, Maidi said diversity in religion  strengthened his family, especially because of the similarities between Christian and Islamic  teaching. These similarities arise in religious holidays.

For Eid, Muslims celebrate Abraham’s willingness to sacrifice his son for God and God’s mercy in sending the angel Gabriel to put a sheep in the son’s place. While Eid is a Muslim holiday, this story is also written in the Bible.

As a result, celebrating each other’s religious holidays means celebrating their own religions as well,  Maidi said.

“When you look at the Bible and the Quran, there are so many similarities in the stories, the ideas and the people,” Maidi said. “So  understanding one means understanding the other more deeply.”

Miller said parents should be willing to fully accept the other religion in their interfaith home and to put in the work to introduce their children to both religions. If parents are open to accepting both religions, she said there will be little to stand in their way. Miller said her advice to interfaith parents is to include both religions but keep them separate in order to have meaningful interfaith  education.

“So we don’t hang a Star of David on our Christmas tree or anything,” she said. “We give each holiday space and depth so that we can foster that interfaith education that will lead to comfort and  familiarity with each.”

Miller said she and her husband don’t even use the words mix and blend.

Silverstein said it is also important for parents of interfaith households to be open to questions from their children. He said they must encourage children to do their own research to realize answers on their own.

“They really need to be open to answer whatever questions their children may have,” he said. “And they need to be knowledgeable enough to guide them as they answer those questions for  themselves.”

An earlier version of this story had one instance of misspelling of Maidi, the story has been updated. 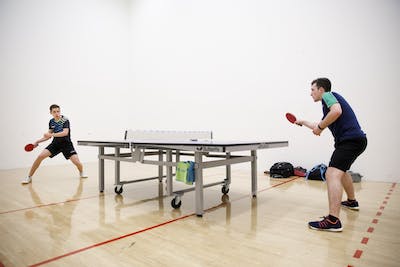 Kings of the court: How two IU brothers are chasing their Olympic dreams

Sharon and Gal Alguetti are attempting to qualify for the Tokyo Olympics in table tennis after falling short in 2016. 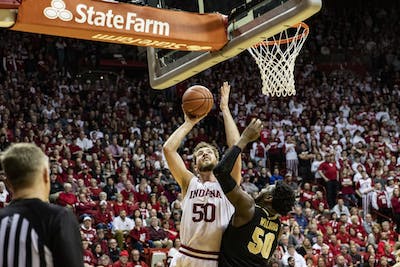 With four regular season games left to play, IU is in good shape to go dancing.