In conjunction with this anniversary the GLBTAA is welcoming alumni back with its ninth annual Celebration Weekend, starting Friday with an awards ceremony.

Graduates from IU can often identify who other similar alumni, whether they come from programs like the Singing Hoosiers or Marching Hundred, are, but for LGBT alumni it is much harder to do so, Vice President Cindy Stone of the GLBT Alumni Association said.

“We had to put the welcome mat out so they could come together,” she said.

As the group’s founding vice president, Stone helped build the case as to why the GLBTAA should be formed and why they should receive funding. Stone said there was resistance to its formation because of the state of gay equality at the time of the group's foundation.

“There were some critics who asked why we needed a GLBT alumni group inside the IU Alumni Association,” Stone said. “‘Didn’t the alumni association serve everyone?’ And they do, but when you feel you might be closeted or limited in career choice opportunities at the time, you feel marginalized at the time, then having an alumni association for our group met a need that was real.”

After a year of consultations and approvals, the GLBTAA was approved and became an affiliate of the IU Alumni Association on June 13, 1997, former GLBTAA Board President Mike Shumate said.

The mission of the organization is to help improve the quality of life for LGBT students, faculty and alumni on IU’s eight campuses, Shumate said.

This mission has not changed in the 20 years of the organization’s history, Shumate said. To accomplish this mission it puts on various programs, offers mini grants, has pride fairs and more. The organization’s scholarship program is one of its primary focuses.

“It is a cornerstone of what we’re all about,” Shumate said.

“It got wonderful support from the University administration,” GLBTAA Board President Tim Lemper said.

The emergency scholarships fund offers support to students who are financially cut off when they disclose their sexual orientation or gender identity to their family, Shumate said.

“The crux right now, and what will get everyone’s attention, will be this campaign,” Shumate said. “It is a welcoming beacon of light from Indiana University to all. It is such a powerful message especially in this day and age.”

Shumate oversaw much of the campaign and helped raise funds while also contributing his own money, Lemper said.

The GLBTAA has various events throughout the year to raise money for their scholarship campaign, grant program and other operating expenses, Shumate said. This weekend the GLBTAA will be observing its ninth annual Celebration Weekend for the organization’s 20th anniversary.

On Friday there will be an awards reception from 4:30 to 6:30 p.m. in the Neal-Marshall Black Culture Center to give the Distinguished Alumni Award to Shumate and present the LGBT Spirit Award to several students.

On Saturday the organization will have its annual board meeting at the Devault Alumni Center, and, later that day, there will be a silent auction and reception from 4:30 to 6:30 p.m. at Grazie! Italiano. Tickets are $20, and the funds will go to student scholarships.

All of these events coincide with the Bloomington PRIDE Film Festival, which the GLBTAA helps sponsor.

“We’re just excited that this weekend is a time for our members to come together and celebrate all the progress we’ve made over the past 20 years on and off campus and celebrate with our friends and our loved ones and thank the University for its support and see what’s next,” Stone said. “These are very different times in Indianapolis and Washington, D.C., and what do we need to do to keep moving forward? That is the question.” 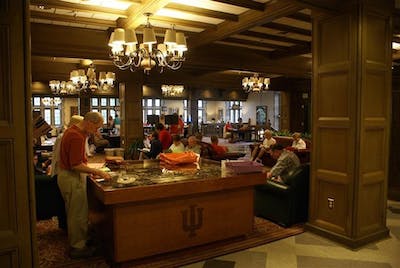 Around 520 people are expected to attend classes taught by 113 faculty members. 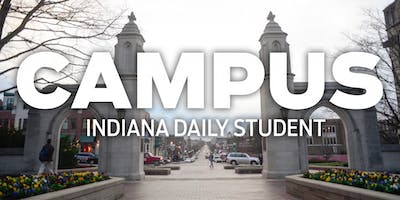 Second abduction attempt in one night reported near Memorial Stadium

This is the second attempted abduction report in one night on campus. 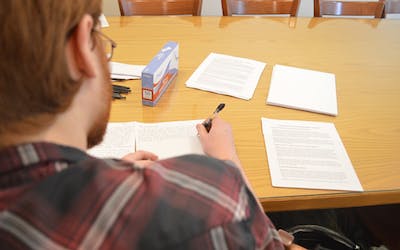 LGBT individuals are at a higher risk for abuse in detention centers.