A lone vandal racked up $5,000 to $10,000 worth of damages to the Sigma Alpha Epsilon’s fraternity house early Friday morning.

SAE’s fraternity house and eight vehicles parked in their lot were vandalized between 3:16 and 3:20 a.m.

The crimes seem to have been committed by one person painting symbols, like a swastika and a smiley face, with black spray paint, according to an IU Police Department press release.

Due to the randomness of the vehicles vandalized and the diversity of the SAE fraternity members, IUPD does not believe the crimes were motivated by bias directed at any person or group.

The vandalism took place around Passover, according to the release.

“Indiana University does not tolerate acts of hate or bias, and all members of the IU community are expected to treat others with dignity,” IUPD said in the release.

IUPD has asked anyone with information regarding the crime to contact them at 812-855-4111. 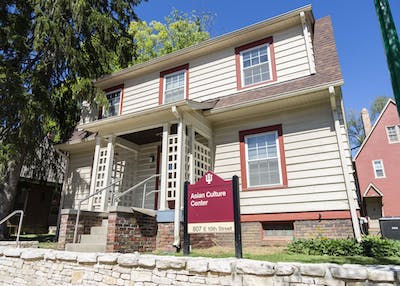 IU students and experts discuss race, healthcare over a virtual cup of tea

ACC’s series discusses difficult subjects to educate and advocate for others.

The event will feature Terrell J. Starr, senior correspondent at the Root.

The Health Board created the appeals process in an Oct. 8 meeting.