He won’t run again. He and Sharon   were not on the fence about that.

He won’t second-guess campaign strategy either. You can’t play that game, he says, in a voice that’s the closest he’s been to choked up while talking about the loss.

“We’re not satisfied with the outcome,” he said. “But you know, we’ve gotta be proud of the effort and everything we did to try to get the job done.”

Wednesday after the election, he was back at school.

Linton Junior High students had chosen him to win their mock election.

“I think they were more disappointed in some respects than I was.”

Teachers told him the loss was a message.

“They were all saying things like, ‘it was meant to be’, ‘you’re a much better principal,’ ‘we need you here,” Sparks said.

But he’s worried about those who were “meant to be” in the statehouse, that their priorities for public education don’t match his.

The SBOE approved a proposal in September that would allow people with three years of full-time work experience and a bachelor’s degree in their field to teach it in high school after passing a content test. Critics said the proposed permit would allow schools to hire teachers who aren’t trained in classroom management or other essential teaching skills. It’s yet to be approved by the governor and attorney general.

“No one wants to go into teaching under these conditions right now, and I don’t blame ‘em,” Sparks says. “Legislatively, we’re doing everything we can to discredit the teaching profession and the importance of teaching.”

Funding worries him too. In Linton, which is already losing families because there aren’t jobs available, students taking vouchers could mean Sparks’ school district gets even less funding. Indiana’s program has support from Ubelhor, who voted to approve a 2013 bill that temporarily increased the financial value of the Choice Scholarship vouchers and expanded student eligibility.

The governor’s legislative agenda, released Dec. 4, proposed removing the cap on dollar amounts for voucher scholarships and adjusting funding for charter schools, which Sparks was afraid of.

“Everything about education, I think, is at risk right now,” Sparks says. “I worry about all of it.”

Though he won’t run again, Sparks plans to stay involved in politics. He’ll always be working for someone’s campaign.

“You know when you believe in something, you can’t just sit by, you gotta get involved,” Sparks says. “Some way or another.” 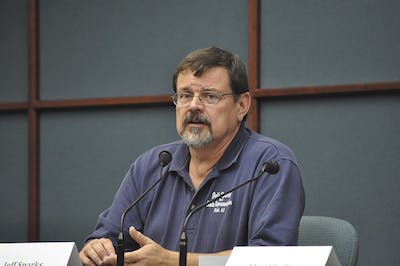 Not all the educators running for office have Sparks’ chances this election, Sutton says. He names a couple local races, then closes his eyes and shakes his head, symbolically shutting them down. “Sometimes it’s just too hard to change the ideological slant of a district.” On Election Day, it turns out Sutton was right about two of the three races he predicted. 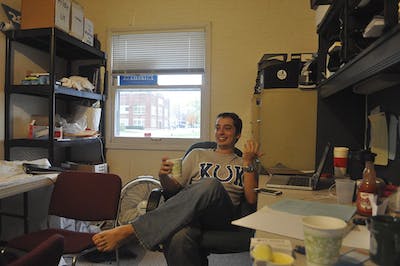 Saturday before the election, 22-year-old The Linton headquarters are actually the town multi-purpose room. 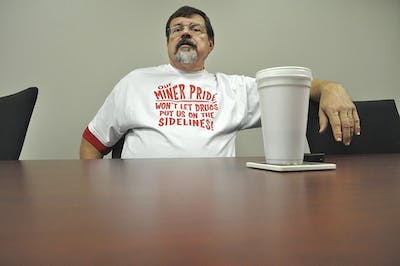