Sexual assault: Limits of the law

In a private room within the Office of Student Ethics, Rachel relived the moments when she was raped in a campus fraternity house.

Across a study table from her, an investigator sat and monitored Rachel while she read the contents of a disciplinary file that included a personal statement about the encounter from her rapist.

She could only get through one sentence of the man’s account before closing the file and pushing it back across the table, too angry to finish.

Rachel, now an IU junior, was sexually assaulted her freshman year and decided to pursue a sexual misconduct hearing through the IU Office of Student Ethics. She spoke to the IDS and asked that she only be identified by her first name because her rapist returned to campus this year after being suspended.

Several times before the hearing, she reviewed materials in a judicial file that collected all the information from the investigation. Rachel wanted a chance to read the personal statements in the comfort of her home, without supervision. She wanted to discuss the information openly during a phone call to her sister for advice.

“I just honestly didn’t want to read it there,” Rachel said. “It was just super uncomfortable for me, and that’s something I would’ve rather read in private.”

But the office staff couldn’t let her take a copy home with her. An IU policy prohibits students — including those who report or are accused of sexual assault — from obtaining copies or taking photos of disciplinary files that include identifying information about other students. Rachel could only look at the judicial file for her own case during certain hours of the day and under supervision in the Office of Student Ethics.

IU’s policy is in line with that of other universities and follows federal law on the curation of student records, but some sexual assault victims say the policy works against them.

Students such as Rachel and Jen Miller, a 33-year-old IU student who was sexually assaulted three and a half years ago, said restricted file access costs them closure and could re-traumatize some victims by only allowing them to work through the information under supervision.

Though this policy is meant to protect students’ privacy, it means victims no longer have control over their own information. Once a sexual assault is reported to the Office of Student Ethics, that information effectively belongs to IU, not the student who submitted the complaint, Associate Dean of Students Jason Casares said.

Under the Family Educational Rights and Privacy Act (FERPA), federally funded universities such as IU are required to allow students access to their education records — including disciplinary records — to inspect and correct errors in the materials.

“Under FERPA, a school must provide an eligible student with an opportunity to inspect and review his or her education records within 45 days following its receipt of a request,” according to the most updated FERPA guidance from the U.S. Department of Education’s website.

“A school is required to provide a student with copies of education records, or to make other arrangements, if a failure to do so would effectively prevent the student from obtaining access to the records. A case in point would be a situation in which the student does not live within commuting distance of the school,” the guidance states.

Aimee Burkert Oestreich, assistant general counsel at IU, said the University would not mail a copy of the student records but would opt to make other arrangements. She said she could not give an example for privacy reasons.

“The University would evaluate what other arrangements may be appropriate on a case-by-case basis as such arrangements would be case-specific,” Burkert Oestreich said in an email. “Accordingly, we cannot effectively speculate about an example.”

For misconduct complaints, the IU Office of Student Ethics keeps a centralized judicial file, which includes all information generated from the original complaint to the final decision at a campus judicial hearing. A judicial file might include the original complaint of misconduct, personal statements from the complainant and defendant and sometimes police reports, if the alleged victim reported their assault to law enforcement, as well. If a victim had a rape kit done, hospital and medical records may be included, then removed after the campus judicial hearing — again, to protect student privacy.

Rachel’s file included statements from her attacker and the witnesses he called for the hearing. When she read through her file in the office room, she would skim through any new information and hand it back so the staff member supervising her could leave.

“They say take as much time as you want to read your stuff, but with everyone sitting in there, you feel bad taking up their time,” she said. “I would feel them standing near me, eager for me to be done.”

The day before the hearing, a nervous Rachel called her sister about the investigation. But without her file with her at home, she would forget details included in the materials, which left her feeling less prepared for the hearing.

During the hearing, Rachel felt as though she was hearing the information for the first time. She felt blindsided and frustrated, she said.

Both the alleged victim and the alleged perpetrator, referred to as the complainant and respondent, respectively, can review the judicial file related to their case as the misconduct investigation progresses, Casares said.

They can take notes and are allowed to inspect the file with an advocate, but they can’t make copies or take photos. Office staff are assigned to supervise each student to make sure no one removes or copies parts of the file.

“IU has a responsibility to protect the privacy of all those involved in a student judicial proceeding, not just the individual who has filed the complaint,” IU spokesperson Mark Land said in an email.

Casares said the two students involved have equal opportunities to inspect their files.

“Everybody has the same access to the same information,” Casares said.

IU isn’t the only university to have this policy. Ohio State University only allows files outside its Office of Student Conduct if the files are subpoenaed — a policy that is legal under FERPA. Even then, information that could identify students outside the scope of that investigation is redacted by OSU’s legal team. Ball State University does the same.

One exception is the University of Michigan, which allows students to take copies out of the office at any time, spokesman Rick Fitzgerald said in an email.

The Bloomington Police Department has procedures similar to IU. Investigatory records are not available for public access in Indiana, and BPD considers sexual assault victims as members of the general public under this rule. They are not able to see their full case file during or after the investigation, said Joan Manning, BPD Records Division Supervisor.

Manning said BPD generally evaluates requests on a case-by-case basis. Victims can sit down with an officer and look at a file, but they can’t remove files or request copies of full case reports.

This is an institutionalized policy that has become common for the way sexual assault investigations are carried out in university and criminal settings.

Jen Miller, who was involved with an IU sexual assault support group for more than a year, agreed with Rachel that privacy is important when victims of sexual assault review their information.

She said allowing victims to look at investigation materials on their own time could be better for their peace of mind.

“Someone who has recently been through the trauma of an assault may not be in the mindset to sit down and copy by hand the relevant information in the files,” Miller said. “If she could obtain an electronic copy, that would be far less re-traumatizing than having to read every word and write it down.”

Frank LoMonte, executive director of the Student Press Law Center, told the IDS there’s legally no difference between allowing a student to inspect their judicial file on-site and allowing them to take a copy home.

“The Department of Education has been asked whether a student can make copies even if there is no obstacle to the student reviewing the records on-site, and the Department’s answer was yes, a student has that right,” LoMonte said.

Miller said not allowing victims access to copies of the paperwork creates barriers to self-advocacy and defense.

“Not only does this prevent a victim from actively participating in her hearing at IU, if she decides later to pursue criminal charges outside of the university, she is less prepared to do so,” Miller said.

Margaux Janda, a former IU student whose complaint against the University over the short disciplinary sanction for her rapist made national news in 2010, tried to request her file at the IDS’ request but did not receive a reply from the Office of Student Ethics after three calls.

Casares has previously said students who aren’t in commuting distance of the university, such as Janda, would not be able to receive a personal copy of their case file. Instead they would have to make other arrangements to review their file. Distance is not an exception to the University policy.

Janda said she sees the policy as a restriction on complainants and respondents so the University can avoid litigation. After the results of her hearing and subsequent appeals, for which her rapist was sanctioned with one year’s suspension, she and her parents filed a request with the federal Office of Civil Rights to investigate IU for a possible Title IX violation.

Though her complaint went to a campus judicial hearing in 2006, before Casares or Land worked at IU, the same policies regarding student record access were in place.

“Honestly, I believe both claimants and respondents, regardless of guilt, should be furnished with a copy of their files without even asking,” Janda said. “It should be standard procedure. That way if a defendant is in fact innocent, they are then afforded the same opportunity to review the facts, correct the record ... or seek legal counsel.”

Though she has problems with IU’s policy, Rachel said office staff were helpful and tried to make her more comfortable. She acknowledges it’s hard to balance protecting student privacy and a victim’s comfort.

“It’s a sticky situation,” she said. “There’s no easy way to do that.”

After Rachel was assaulted, she wrote letters to her attacker. She never sent them, she said — her therapist suggested writing them to help her cope with her feelings.

When she re-read them recently, two years after she was assaulted, Rachel realized she forgot how traumatized she was at the time. She said sometimes she thinks she made too much of the incident, that her attacker was really a nice guy.

“Now I remember he ruined my freshman year,” she said.

A copy of her file, Rachel said, could give her a sense of closure just like the letters did.

“If I had those files, maybe I could remember what I would feel like,” she said. “Even though it’s not something I want to remember ... you should remember how it affected you.” 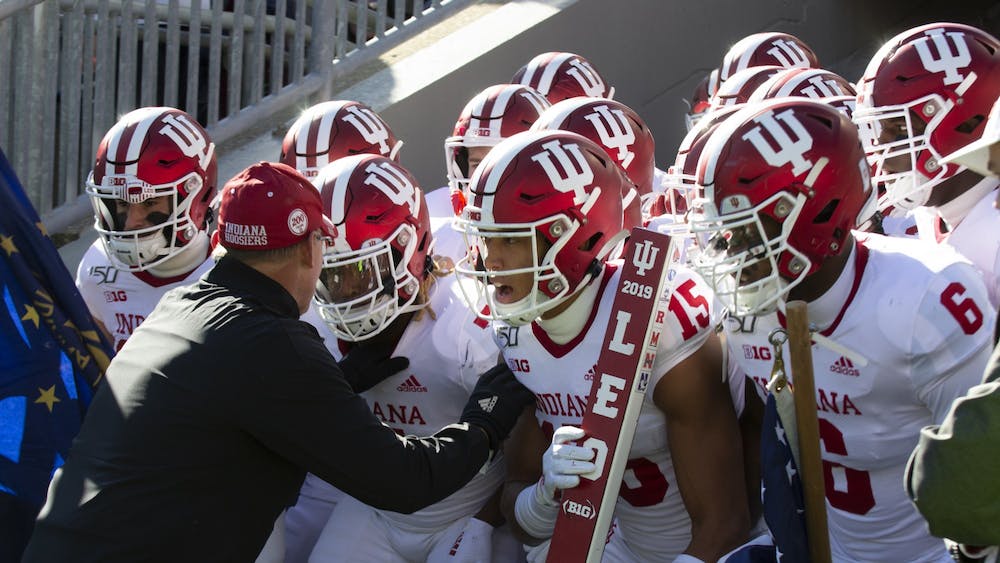 Which IU football players are leaving, and how will it affect the team?

By Evan Gerike | 4 days ago 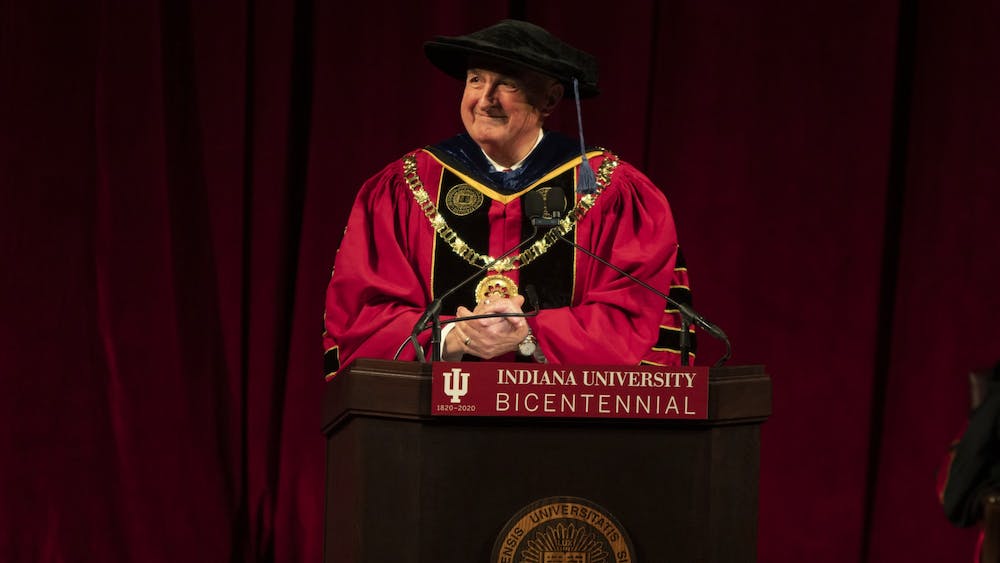 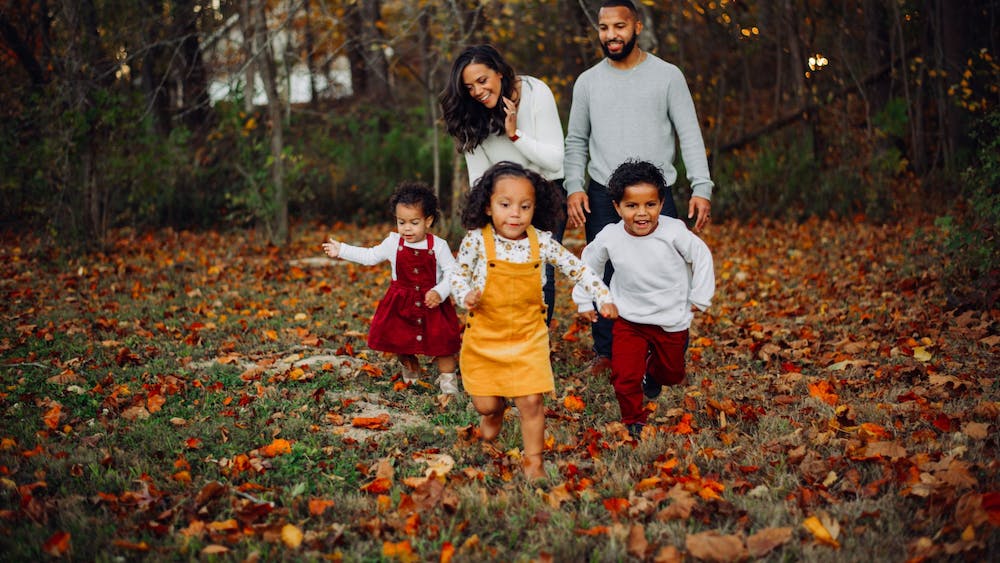 The home that holds him together