The City of Bloomington is inviting all residents to see pumpkins fly through the air at the Monroe County Fairgrounds this weekend.

Seven youth and adult teams will launch pumpkins with slingshots and trebuchet creations at the ninth-annual Bloomington Pumpkin Launch this Saturday.

“This is the second year at the fairgrounds,” Community Events Coordinator Bill Ream said. “We’ve got a lot of room out there, and it makes for a good event site.”

The event will consist of four rounds of distance shooting and four rounds of accuracy shooting, Ream said, during which teams can choose to shoot at targets like hay bales or a scarecrow.

Team Rocket Puzzle Piece and Cub Scout Pack 190 will compete against each other in the 16 years and younger category, according to a city press release.

However, Washington High School Engineering Club is unopposed in the high school and college ?student division.

The adult division will see more competition, with four teams signed up: Farfunflinger, The Super Hexagon, Chuck N’ Duck and the ?Tetanus Express.

“That’s a little bit higher than we’ve had,” Ream said. “Since I’ve been doing it, we’ve had from four to eight normally.”

Many teams recycle their launchers from the year before and will bring extra pumpkins to practice in the breaks between rounds, Ream said.

Team registration is over, but Monroe County residents can bring a lawn chair to watch the launch, which starts at noon.

Brown County bluegrass band the White Lightning boys will play live music from 11:15 a.m. to the time of the launch.

Cars and spectators will be well out of the flight path, Ream said.

The launch site is on the opposite side of the fairgrounds from the parking lot, and people will watch the launch from a safe distance.

“The teams are shooting to the north and people are looking to the west,” Ream said. “The pumpkins aren’t coming right toward them. They’re going past.”

The event will also feature food vendors, games and an inflatable obstacle course, according to the city’s website.

Wonderlab Museum of Science, Health and Technology, which is partnering with the city, will teach kids about the science behind pumpkin launching.

The Hoosiers open their season against Penn State on Oct. 24. 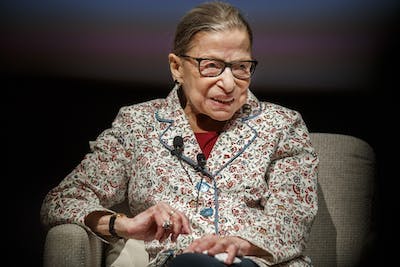 She died at her home in Washington.

IU is a part of the eight-team field in the tournament.