Part One: Getting Here

The University’s first international student from outside North America was a Japanese man named Takekuma Okada, class of 1891.

In the 122 years since then, IU administration has worked to develop a global community. The University has forged relationships with institutions in 105 countries, and the number of international students on campus has skyrocketed.

“We’ve seen applicants predominantly from two or three countries here at IU, and we are constantly looking at new ways and venues to try to increase the diversity,” Director of International Admissions Matt Beatty said.

In the aftermath of Sept. 11, 2001, the number of international students at universities across the United States decreased as parents and students abroad became increasingly concerned about safety, Beatty said. In response, American universities amplified their international recruiting mechanisms.

Previously, many schools didn’t need to recruit. They made the education available, and international students applied.

International recruiting, particularly with the intended goal of increasing diversity on campus, requires a delicate balance between what is ideal and what is fiscally practical, Beatty said.

If resources are expended for recruitment, the University needs to be sure they are going toward communities “where we know that students can afford to come here,” Beatty said.

“It would be a disadvantage, or I guess not very wise for us to go into markets where we know that students wouldn’t be able to come and afford to study here,” he said.

As a result of socioeconomic discrepancies in countries and finite resources within the University, sometimes seeking prospective students means recruiting at the top-10 percent of a country’s population, Beatty said. This is especially true in the case of countries where the University is just starting to recruit.

“They know very little about IU, the programs, our excellence in academic work and faculty, so it can be a challenge sometimes,” he said. “It’s almost like cold calling or starting from scratch where you’re building momentum and hopefully we can get one or two students to appreciate all of the wonderful things we have to offer, come here and then use word of mouth.”

Although diversity is a concern for administration, IU’s Vice President for International Affairs David Zaret said a large consideration is not the country from which students come but the quality of the student.

“We want to recruit students who will have good, positive experiences in Bloomington,” he said.

Freshman Bruno Sandes sat in a large green room, awaiting the cue to move toward the Musical Arts Center stage. Dressed in 15th-century garb for a Falstaff dress rehearsal, he wore subtle stage makeup and a smile.

Sandes, 25, came to IU after he realized it would be nearly impossible to become an opera singer in Brazil.

He came in contact with IU professor of voice Robert Harrison at Campos do Jordão International Winter Festival, the largest classical music festival in Latin America. Harrison encouraged Sandes to audition in January 2012.

“He said it would be much better if I left Brazil to come here because of opportunities and the type of voice I have,” Sandes, a baritone, said. “So I came here, and I sang for the auditions, and I got an amazing scholarship.”

Sandes was one of eight musicians named a Jacobs Scholar for the 2012-13 academic year. He was the only international student to receive the distinction.

Without the full-ride scholarship, he said, it would have been difficult to come and study at what he called “one of the best schools of music in the whole world.”

“It’s extremely expensive here, really,” Sandes said, adding that one Brazilian real is the equivalent of 50 cents. “Everything here is double price for me, so it would be nearly impossible to come.”

By the time Sandes graduates, he’ll have two bachelor’s degrees: a degree in vocal performance from IU and a degree in interior design he earned at a school in Brazil prior to auditioning for Jacobs.

In Brazil, it’s relatively inexpensive and sometimes even free to attend public universities, in a system similar to the public high school system in the U.S., Sandes said. If it weren’t for the scholarship, Sandes would be paying just less than $33,000 for tuition and mandatory fees, as well as the costs for all new furniture and clothing for the winter.

But he knew his dream couldn’t be realized unless he sought music education outside his own country.

In 2011, the Commission for Higher Education and the Indiana General Assembly instated a plan to cut funding to public colleges and universities by 5 percent.

According to the plan, the cuts would create a pool of $61 million, which would be redistributed to reward campuses with growing undergraduate enrollment. The plan proved negative for IU, a large public institution with a consistently high enrollment and graduation rate.

Plummeting state funding, a phenomenon institutions across the country are dealing with, coincides with the continued growth of the international student population at IU, although the total enrollment rate for IU-Bloomington has stayed about the same for the past five years.

Zaret said although some American universities, such as Purdue University, charge international students substantial additional fees to generate revenue, IU isn’t one of them.

The University can recruit all the non-resident students it needs domestically, Zaret said. It doesn’t need to look outside the U.S. for additional revenue.

“Our principle reason for recruiting international students is not financial,” he said. “It’s diversity.”

Former IU President Herman B Wells, who served from 1938-62, spearheaded the effort to attract international students to Bloomington. The world was becoming more interdependent, he said in a 1957 speech to the American Council on Education, and there was a new urgency in the pursuit of knowledge. The University was discovering how to balance the needs of both national and international students.

“Foreign students and scholars must not be casual visitors, but in due course are encouraged to become an integral part of our campus community,” Wells said.

Wells played a role in convincing the brother of the Dalai Lama to settle in Bloomington. He ensured world art had a permanent home in the IU Art Museum. He expanded the number of faculty from overseas and helped the University establish relationships with schools in Mexico, England, France and Spain.

International students had an adviser of their own in Charles L. Lundin, the University’s Counselor for Foreign Students during the mid-1900s. Lundin encouraged faculty to reach out to international students, especially those who seemed like they were struggling to adapt.

“Invitations to dinner, to tea, to sociable evenings, or to informal gatherings of faculty and American students would acquaint our visitors with aspects of American university life which might otherwise remain unfamiliar to them,” he wrote in a 1942 letter to members of IU faculty.

In 1958, the Leo R. Dowling Center opened its doors on Jordan Avenue, providing international students a central hub of activity.

By the 1970s, the number of international students IU had climbed to about 1,500, with a large proportion hailing from oil-rich Middle Eastern countries, who would infuse Bloomington’s economy with an average of $11,754 a year per student, according to a press release.

The 1980s and 90s saw the University foster relationships with institutions in Malaysia, South Africa, Nambia, Kyrgyzstan and Macedonia. The Foster International Center was established as a way for Residential Programs and Services to reach international students.

The “global community” at IU has evolved during the course of 122 years. In many ways, the University’s resources for international literacy has grown.

In other ways, it has digressed, moving away from the personalized care of each international student and launching toward a race for numbers.

The Leo R. Dowling International Center no longer exists as a hub for international student activity. There is no longer a high-ranking Counselor for Foreign Students.

Many international students experience freshman semesters in overflow housing and realize their English is not as proficient as the University tells them it is.

But the numbers indicate the University is succeeding, climbing toward the goal of a top-10 spot on the list of internationally minded universities.

When students come to IU from around the world, they encounter a clash of cultures. Communication can be a daily struggle, and it takes effort to understand American customs. Yet despite the challenges, many students strive to build community far from home. 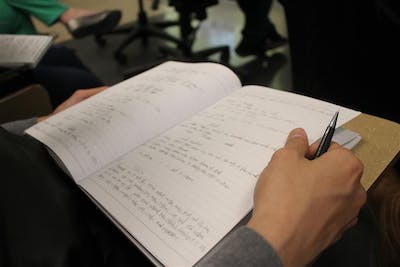 Are IU policies and resources accommodating the growing demographic of international students on the Bloomington campus?

'I was expecting something great’

International students are overrepresented in overflow housing, and the international center is no longer a hub for students from around the world.