Nick Haddad
We were in the middle of our Daily Devotions at St. Peter Lutheran School when our principal came into the room and pulled me into the hallway. I remember being scared. I assumed I was getting in trouble for making fun of a girl the day before. However, it turned out that what my principal told me was much worse. He tried explaining to me that my father had been in some sort of accident. At that age I didn’t really understand. When I walked back into my classroom, the TV was on and I saw two buildings that were engulfed in flame. We were all asked to report to the church for a prayer service. My brother found me and he was crying. “Dad’s dead! Dad’s dead!” At this point our mom came to pick us up. We didn’t know for some time that our Dad was okay. His meeting was moved and he made it out just in time. 9/11 was a very hard experience for my family, but it brought us closer together.


Dan Haddad
Dad started at Deloitte that January. He was on of the younger partners so he was doing a fair amount of traveling.  I was in 6th grade homeroom. The principal pulled me out of class.  Everyone assumed I was in trouble. The way he broke the news to me was essentially that he was gone. Tears. Just tears. I went back in weeping and kids actually made fun of me for thinking I got in trouble. Then my teacher came in and told everyone about the WTC and my dad. That news shut those bastards up. It was a Lutheran school so they rushed us all to the church in the school. I went up and explained what happened. In hindsight it was a lot to place on an 11 year-old’s shoulders, but no one really knew how to react. After that I went to find Nick. I was still in shock…I don’t know if he fully knew what was happening because he seemed fine. My mom took us out of class. Lots of people were over, neighbors, family members. Finally we heard from him. Safe and sound…and not at the WTC Hotel he usually stayed at. Dad’s meeting got rescheduled from the 80th some odd floor in the tower to the sixth. Just as he got out of the first tower he saw the second plane hit. He says he saw literally people falling to their deaths. He ran away and was able to catch a cab. He left a message to my uncle saying he was alive but the tower was coming down around him in the cab and left something like “Oh my fucking god the tower’s coming down around me” and nothing else. Looking back at it 10 years later I just am so lucky to be able to still have a father. My family is also an Arab-American family. We experienced one hell that day, but a new kind afterwards. Racial slurs hurled at me. Random, harassing phone calls, and let’s not forget the “random” security checks. That’s all in the past now. I’m looking forward to a time where 9/11 can be looked at not as just a day of tragedy, but also as a day where people come together, helped on another, and started understanding each other.


Lauren Goldeen
I was asleep when the first plane hit. In California it was only 6 a.m. My mom came into my room crying and told me to get up and join my dad and brother in the family room; the Twin Towers had been hit by a plane. We sat in front of the TV watching the live feed of the billowing smoke coming from the first tower. My mom was still crying when the second plane hit. It happened not even 5 minutes after we started watching and immediately my parents knew this was not just an accident like everyone had first suspected it was. I was 10 years old and in the 5th grade. I was old enough to understand what was going on, but not old enough to understand the severity. I was still at home, getting ready for school, when the first tower. I remember realizing that the people in that tower were the parents, brothers, and sisters of people just like me, but I just couldn’t cry. It was too big of a disaster for me to grasp. On the way to school, my dad said that we need to remember this day because everyone will know where they were. It was just one of those historical events that will be remembered forever. I went to class and some of my classmates didn’t show up. Their parents were afraid for their safety because no one knew where it might hit on the West Coast. But for those of us that did show up, we watched the news coverage all day. Our teacher explained what was going on and I will never forget the horror and destruction I watched unfold on TV on the streets of New York, Washington DC, and Pennsylvania from my 5th grade classroom in a small city in California.


Kelsey Van Bokkem
It was going around the 5th grade that a bomb placed inside the building was the reason we were being evacuated from my Bowie, Maryland elementary school. It was only when we got picked up that we found out what really happened. My stepdad watched the plane fly into the Pentagon on his way into Virginia for work, and called his former boss at FEMA to tell them. We were all worried about my mom’s brother, working blocks away from the Twin Towers in New York. Only hours later did we hear from him, telling us he had given up trying to get home that night, sleeping on his office couch instead. We spent the whole day watching the news, and the whole next day too, since we had a state of emergency day off. I drive past the Pentagon every so often, and I think about that “bomb threat” every time. 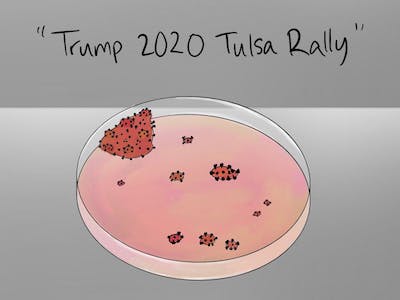 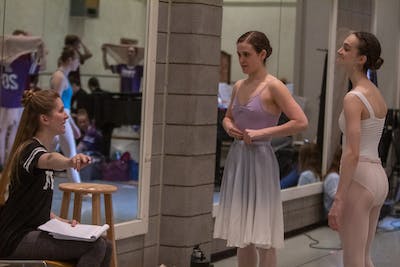 The ball that never came

Jacobs canceled the spring ballet for coronavirus. Two Cinderellas lost a stage and a dream. 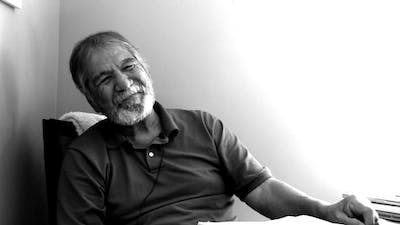 Arzola will read from his poetry book Feb. 23 at Restaurante don Quijote in Valparaiso, Indiana.