You’re on a beach. Any beach, it doesn’t matter.

To the average fan, the four IU students walking across Branch McCracken Court might as well have been randomly selected from the student section and handed matching shirts. Their faces, while well-known to IU women’s basketball players and staff, are unfamiliar to Hoosier nation. Even longtime PA announcer Chuck Crabb’s storied Assembly Hall boom can only give their names so much weight.

During senior day for the IU women's basketball game, fans could redeem vouchers or buy bobbleheads of seniors Amanda Cahill and Tyra Buss.

HARTFORD CITY, Ind. — The kid’s name reverberates throughout the gym.

Cull of the wild

This winter had to be different.

Mick Lyon is still a long way from his goal, but he’s a lot closer than he was more than two months ago.

A college football Saturday through the eyes of Fred Glass

Some of Fred Glass’ earliest memories are from IU football games. There’s a football, one of many he remembers being handed out to “average goofs” like him the year after IU went to the Rose Bowl, in his office in Memorial Stadium that can always bring them back.

WEST LAFAYETTE, Ind. — Bob Knight could not believe so many Boilermaker fans would applaud his presence on their campus.

At times, it wasn’t pretty.

Antoinne Shaw, who allegedly admitted to stabbing and killing a pit bull named Blue in March, was released from the Monroe County Jail on Monday after being booked Friday.

Against Ohio State, IU senior quarterback Richard Lagow played well. For a bit more than a half he gave his team a shot to win the game, and although the Hoosiers ended up losing, freshman quarterback Peyton Ramsey played a minor role as a foil and not much more.

Antonio Allen and the Marion County Prosecutor’s Office are going to wait until Oct. 3 to see whether the federal government decides to take Allen’s case.

Jordan Fuchs wanted to be on the field.

INDIANAPOLIS — Alan Belmont waited patiently to see if his name would be called.

As the weekend of Little 500 arrives, allergy season is in full swing. The two have crossed paths in the past, but Dr. Diana Ebling, medical director for the IU Health Center, said warmer weather in February and March partially sped up the timeline.

IU Coach Tom Allen didn’t hesitate to send the Hoosiers’ spring game to overtime when regulation ended with the score knotted at 36.

Clyde Newton said he didn’t think many of the scouts in attendance at IU’s pro day last Friday knew a lot about him. He had failed in his pursuit of a medical redshirt, sought because he said he suffered a PCL sprain in week four this past year, and as a result became a late addition to the group of Hoosiers who looked to  impress NFL scouts. 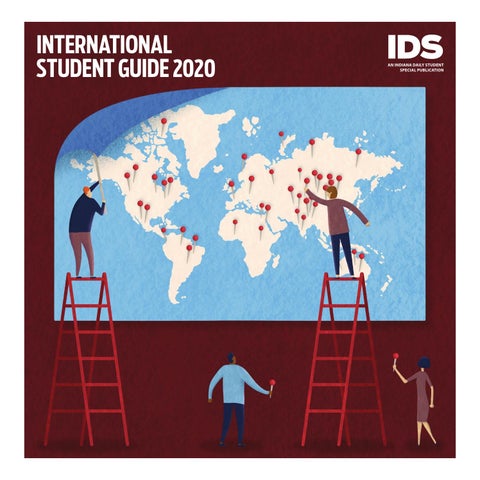