Dr. William Jelani Cobb stood at the podium onstage in Alumni Hall last night to address the shootings of unarmed African Americans by law enforcement officials, including the shooting of Michael Brown in Ferguson, Mo., as an indication of social injustice within the U.S. law enforcement system.

“If, in fact, we are supposed to be a nation of the laws, police should not be above the law,” Cobb, the associate professor of history and director of the Africana Studies Institute at the University of Connecticut, said.

“It’s Not So Black & White: Talking Race, from Ferguson to Bloomington” was the brainchild of Dr. Amrita Chakrabarti Myers, associate professor of history and gender studies.

When Michael Brown was shot last fall, Myers said she brought the idea to her department.

“I wanted to do a forum of some kind to discuss not only what was happening in Ferguson, but really nationally because there have been so many of these incidences,” she said. “Every place in this country is one incident away from becoming Ferguson.”

The forum blended arts expression with formal and informal discussion. It opened with a dance entitled “Shadow Over My Hope,” performed by assistant professor of contemporary dance Nyama McCarthy-Brown and her son Kasim McCarthy-Brown.

“This is a Research I university,” she said. “We research, we put together articles, we publish books, we teach. And so, this is the kind of space where these sorts of conversations need to be happening.”

To widen the range of opinions, Myers said she asked panelists that might look at the issue through a national and local scope.

Kevin Kenes, director of Fun and Adventure for Union Board, which assisted in the organization of the event, said the panel would create an interesting ?dialogue.

“It’ll be a cool opportunity to have a judge, a civil rights activist and a professor all in the same room, all being able to interact, especially with students in the audience,” he said.

Assistant Professor of Criminal Justice Dr. Akwasi Owusu-Bempah began the discussion with an analysis of crime in America, ?specifically dealing with ?minorities.

Owusu-Bempah said the “crack-down” on crime by police as a result of this fear often carries social ?consequences.

“The way in which they act and interact with members of the public influences how most individuals view society as a whole,” he said.

Honorable Valeri Haughton, presiding judge on the Monroe County Board of Judges, gave a brief overview of what is happening locally to address the issue of a lesser minority presence in law enforcement.

She said the Bloomington Police Department is recruiting programs to include ?minorities.

The Race and Criminal Justice Study committee has also formed in Bloomington to combat this issue, Haughton said. This committee includes a number of “stakeholders” in the community, she said, whose goal is to analyze data and understand issues surrounding minorities and law and encourage dialogue to enhance public safety.

Cobb addressed racial issues that he said America believes have been overcome.

“On that night in which Barack Obama won 43 percent of white voters, the country began immediately patting itself on the back,” ?he said.

Instead, he said this showed a nation unwilling to grapple with how race really works.

Cobb said the nation has entered an age of “contingent citizenship,” in which minorities hold citizenship identical to real citizenship in all ways except for ?the value.

A town hall discussion followed the three panelists’ remarks, in which audience members were stationed at microphones with questions.

Myers said the Justice Fair immediately following the panel and town hall session would maintain the well-rounded conversation. She said about 60 organizations were scheduled to table during the fair in the Solarium.

She said she wanted “It’s Not So Black & White” to energize and activate students to increase their civic participation and eventually take these values back home. 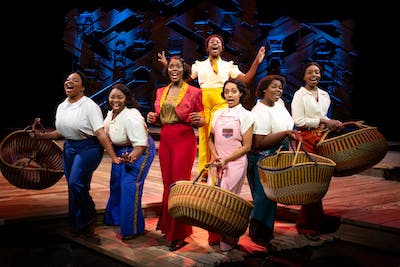 ‘The Color Purple’ to debut February 24 at IU Auditorium

The musical tells the story of Celie, a black woman, growing up in the early 20th century. 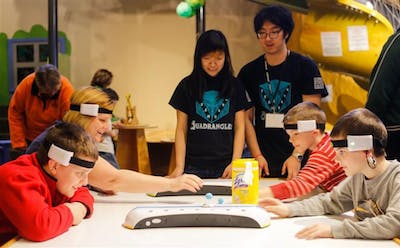 Each day will feature a different type of engineering such as mechanical, computer and biomedical. 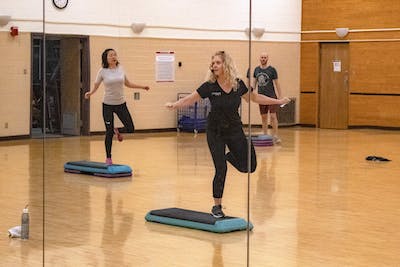 SRSC and IC employees will double on shifts to accommodate an expected influx of people.